Trans Student Educational Resources was co-founded in 2011 two 16-year-old transgender women, as Trans Student Equality Resources. It was and remains the only national organization run by young transgender people. TSER was originally envisioned as an organization for creating safer schools through youth-led action. During our early years, much of our work focused on policy. Since this time, we have hugely expanded our efforts in scope and scale to encompass many programs and services.

In 2013, graphic designer Landyn Pan joined our organization to help create our successful infographic series that expanded our reach to millions of people around the world. These graphics covered a wide range of topics pertinent to trans youth around the country.

In 2014 we changed “equality” in our name to educational, recognizing that equality will not be enough to liberate our community. Often, equality reinforces systems of white supremacy, transphobia, and injustice. Instead, we support a transformative practice of building broad structural change. That same year we began accepting donations and quickly growing in structure as we received the Peace First Prize, our first foundation grant. We also released The Gender Unicorn, our most popular infographic and teaching tool that revolutionized how people think about gender.

In 2015, we released our first policy publication, a Model Admissions Policy on Transgender Students at Women’s Colleges. This police is still used around the world as a guide for single-gender institutions. We additionally began releasing ongoing press releases, gathering resources, and mobilizing on a variety of issues facing marginalized communities including police, Black Lives Matter, and equality, thanks to our new program director, Harper Rubin.

In 2016, we hosted our first Trans Youth Leadership Summit, the only national fellowship program for young trans organizers. That year, we gained over 10 staff members and are excited to continue growing as we work to undo the climate of transphobia in education and youth. We additionally published our second model policy for four-year colleges and universities. This policy is currently used as a guide to make these institutions safer for trans students around the country.

In 2017, our resources sparked Evangelical protests in North Carolina as they were being used in K-12 schools around the state. The Gender Unicorn was also used to discuss trans issues in National Canadian Senate as well as dozens of textbooks and resource guides around the world. In July we hosted our second annual Trans Youth Leadership Summit, bringing in 10 additional fellows to our program. In August, we announced our first hiring of staff members.

In 2018, we broke all our records! We received unprecedented support, funding, and staff members. We hired over 10 new part-time staff – all trans youth! We hosted the Trans Justice Awards, which celebrated trans leaders around the country. We also hosted our third Trans Youth Leadership Summit, which brought in over a dozen young trans people to Austin, Texas to develop their capabilities.

In 2019, our members attended, spoke at, and organized dozens of programs, events, and groups that paved the way for the future of the trans youth movement. We held our forth Trans Youth Leadership Summit in Austin, Texas.

In 2020, our members organized protests across the U.S. following the death of George Floyd. We helped distribute mutual aid resources in the wake of the coronavirus while social distancing.

In 2021, we proudly announced our new program director, Armani Iacolucci. We distributed eight scholarships to trans students around the country. We are excited to share more of these achievements with you as we continue to grow 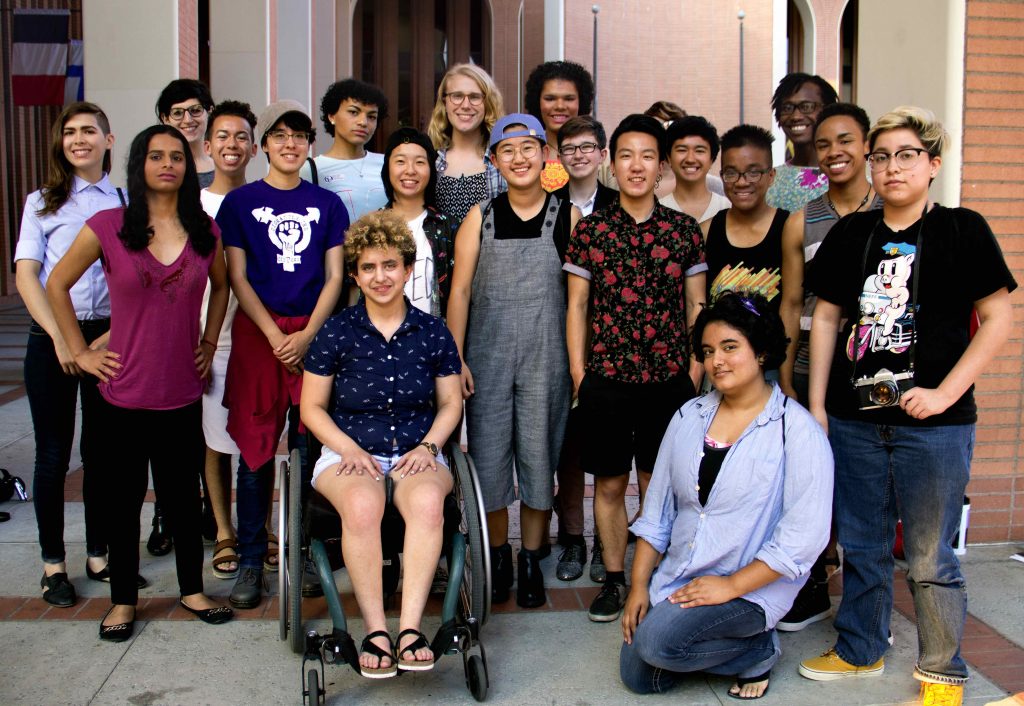