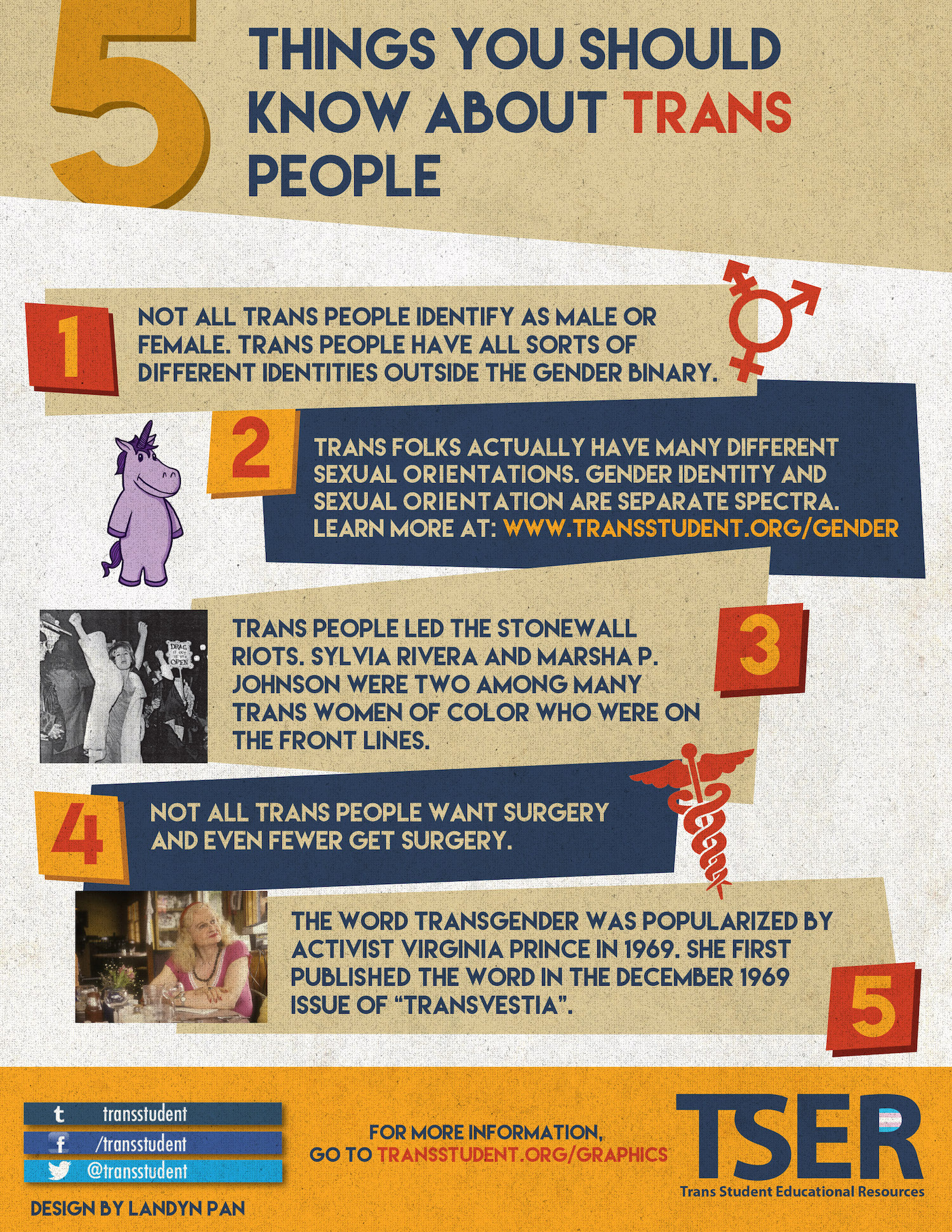 5 Things You Should Know About Trans People:

1. Not all trans people identify as male or female. Trans people have all sorts of different identities outside the gender binary.

3. Trans people led the Stonewall Riots. Sylvia Rivera and Marsha P. Johnson were two among many trans women of color who were on the front lines.

4. Not all trans people want surgery and even fewer get surgery.

5. The word transgender was popularized by activist virginia prince in 1969. She first published the word in the december 1969 issue of “Transvestia”.