Transgender people are historically targeted by police. Police incited uprisings such as The Stonewall, Compton’s Cafeteria, Cooper’s Doughnut, and Black Cat Tavern Riots after trying to arrest us. Police now continue profile trans people (particularly trans women of color) for walking while trans, carrying condoms, or having documents that do not “match” their appearance.

We must take steps to end this violence. It is up to us to work toward defunding, disbanding, and abolishing the police.

The institutionalization of violence sanctions the harassment, assault, and murder of the most marginalized members of our communities. Our communities are terrorized by police. Our emotional, mental, and physical security is at risk as long as police have the power to use violence against us.

Please visit the resources below to learn more about policing, find resources, and support those affected by our policing and prison systems: 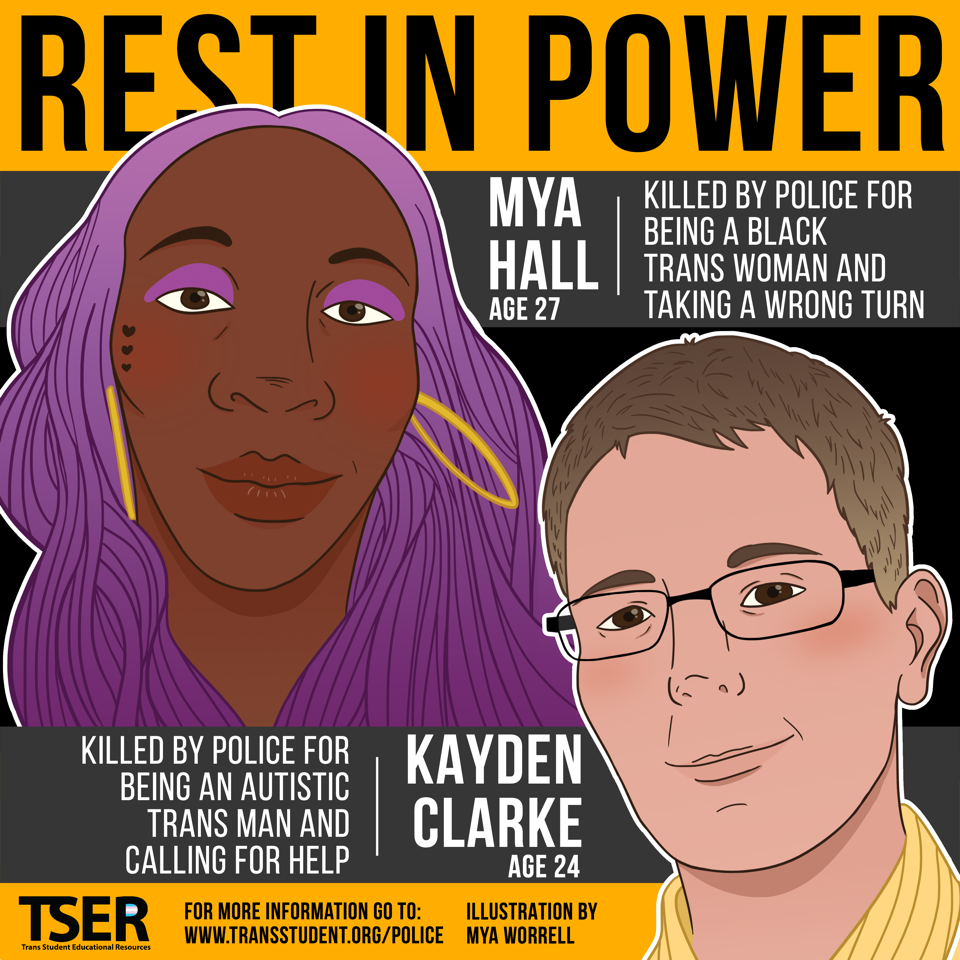