Why We Used Trans* and Why We Don't Anymore 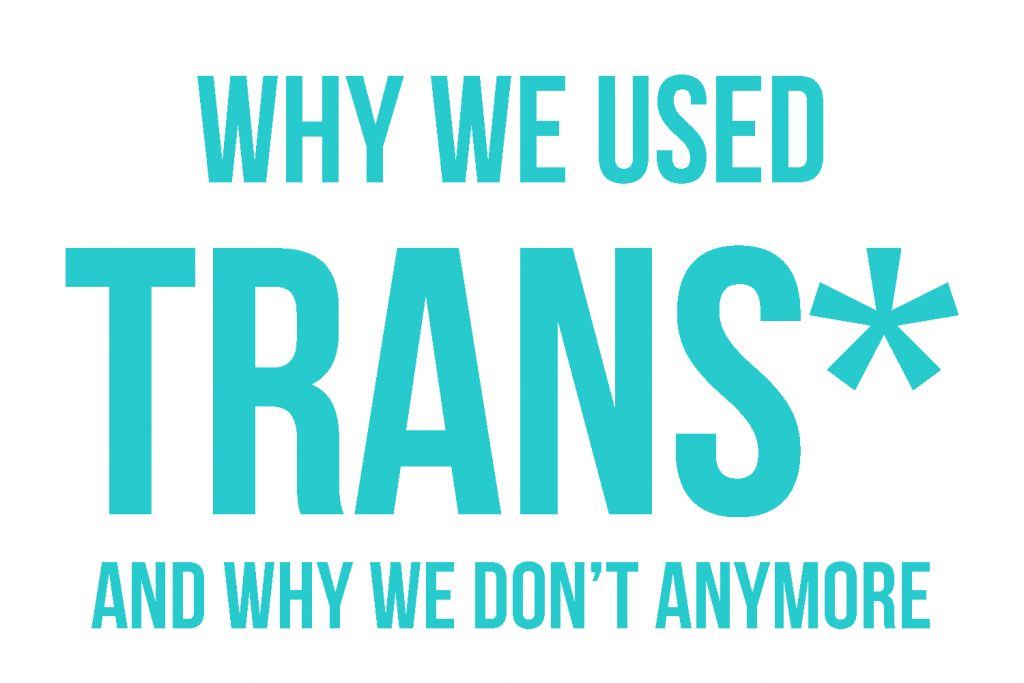 Summary: There is nothing inherently problematic with the asterisk but it’s often applied in inaccessible, binarist, and transmisogynist ways. It is unnecessary and should not be used. Claiming the asterisk itself is fundamentally oppressive denies accountability and ignores the culture of binarism and transmisogyny that affects the community. People also often misattribute its history to cisgender and binarist people.

The asterisk originated from search Boolean, where trans* would search for any words starting with trans (transgender, transsexual, etc). The asterisk is useless as a way of attempting to be more inclusive because trans already included all trans people. The asterisk did well for explicitly noting that being trans is not limited to trans men and trans women (as trans without the asterisk was misinterpreted as meaning) but it subtly began working with this misinterpretation and contributed to the incorrect thought that “trans” by itself only means binary trans people. This does not indicate that the term itself is problematic but that it is just not a useful tool. Trans without the asterisk is already inclusive of all trans identities.

The history of the asterisk is not well known. Often, it is misattributed to itspronouncedmetrosexual (Sam Killermann, who is notably a white, cisgender, heterosexual man). This attribution is incorrect, as itspronouncedmetrosexual was just one web site that popularized it long after its inception. The graphic he produced also incorrectly included “two-spirit” under trans* identities, while many two spirit people do not identify as trans. Some claim the asterisk was originally created and popularized by nonbinary people assigned female assigned at birth trans people and trans men (note that these groups are not necessarily separate). Others claim it was trans women programmers.

In the mid-2010’s social justice bloggers (particularly on web sites such as Tumblr) began to claim the asterisk excludes trans women and nonbinary people. The asterisk does not “exclude” trans women and this statement is simply inaccurate. However, we often see it being applied in ways that silence trans women and decenter those struggles as white female assigned at birth trans people who have more access to this sort of language use it to prove how involved in the community they are. The asterisk being used to represent trans (without the asterisk) being exclusionary of nonbinary people comes solely from (mis)interpretation. That was not the intention of the asterisk and is not an inherent factor of its existence, just a common misunderstanding. Similarly, people using “trans* women” instead of “trans women” to subtly delegitimize trans women’s gender identities comes from a misinterpretation of this occurrence. Blaming the silencing of nonbinary people and trans women on the asterisk instead of the groups who silence them and the culture that actually perpetrates these actions denies accountability and ignores the systems of oppression that are really affecting these groups.

In the end, we decided to stop our use of the asterisk because of how unnecessary and inaccessible it is and its common application as a tool of binarism and silencing trans women. We encourage you to do the same. We are in the process of removing all asterisks from our web site, publications, and infographics.